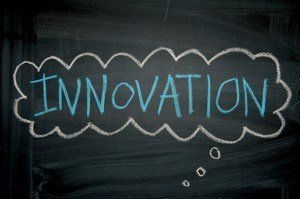 According to the annual ‘Soft Power Survey’ from Monocle Magazine, the UK has become the most powerful global nation in terms of cultural influence.

‘Soft Power’ is the concept created by Harvard Scholar and diplomat Joseph Nye in 1990 which arises from the power to influence and persuade based on cultural and political ideals, as opposed to hard power yielded via military, economical and industrial strength.

This is the first time that the UK has topped the chart, relegating the US to second position, followed by Germany, France and Sweden. The magazine survey looked at 50 different factors such as culture, education, sports and business as well as the quality of company’s branding and architecture.

Despite the economic downturn, Britain provided a timely justification of our accolade of ‘GREAT’ Britain, with a memorable 2012 celebrating the Queen’s Golden Jubilee and London 2012.

The Olympic & Paralympics 2012 not only shone a light on Great Britain and our unprecedented sporting successes, but it also proved to be a world stage for the enormous creative and innovative home talents across film, design, music, architecture and sculpture here in the UK.

“The traditional world view of Britain – a reserved nation sporting bowler hats and umbrellas, royals and high tea – has become tired and clichéd. From sport to design, music to film the UK of the 21st century is rather different than its previous incarnations,” says the survey. “The Britain that the country has become was best summed up in the opening ceremony of the Olympic Games.”

In the UK, this was highlighted by The GREAT campaign which ran throughout the summer. Initiated by UKTI and supported by David Cameron as an opportunity to promote the UK abroad for overseas investment, the campaign focused on key areas of British excellence such as Life Science, Technology, Innovation, Creativity, Knowledge & Music.

However, the fantastic momentum Britain has received this year should not be relegated to a short term Olympic-halo glow serving a reminder to the UK government that continual nurture and investment all of our ‘Key excellences’ is required as a long term proposition.

Now, that truly would be GREAT.