Department of Health – Temporary Side Room 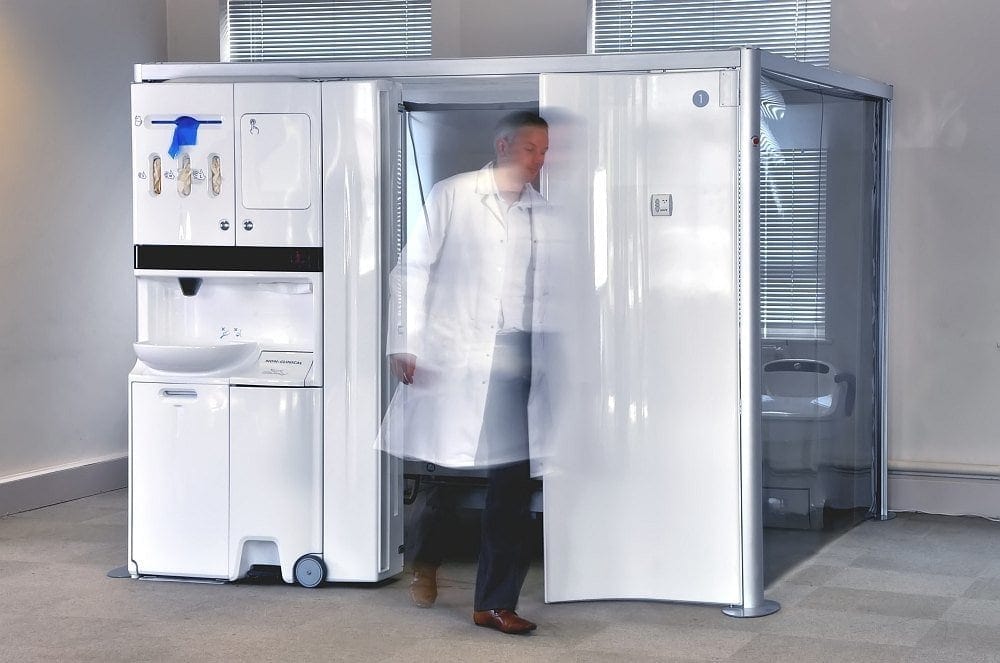 Over 600 NHS frontline staff, many of them infection control specialists, were asked to make suggestions on the types of new product that they felt might best help combat Healthcare Acquired Infections (HCAIs) within hospitals and healthcare facilities.

In 2008, the Department of Health in concert with the NHS National Innovation Centre and Renfrew Group International, began developing concept designs for an isolation tent for use on wards. All parties worked collaboratively to devise several solutions that could be quickly and easily be erected within a busy ward to provide an effective barrier against infection spread from the patient housed inside to visitors, staff and others on the ward. The resultant isolation unit subsequently became known as the Temporary Side Room (TSR).

The core requirement for use of the TSR within the NHS was estimated at 3000 units, but other potential applications such as those in military and disaster relief field hospitals have also been cited.

The TSR has recently been subjected to a number of evaluation studies, external testing and continuous development. As a result Renfrew Group International have developed a simplified version to satisfy the same requirements but at a reduced cost, so making it a more attractive solution for the NHS and for other potential applications such as in military and disaster relief field hospitals.

winning the award has been excellent for Renfrew as it has promoted our thinking to a wider audience of business and NHS leaders at the very time when we are looking for partners to develop a TSR3, ready to commercialise and deliver into the NHS to meet a substantial unmet demand.