Renfrew Group International has provided the styling for the new Brute 500 motorcycle exhibited at Motorcycle Live at the NEC -November 2018 . The new 450 Street/Scrambler cross has a 450cc engine and will be built in the UK. 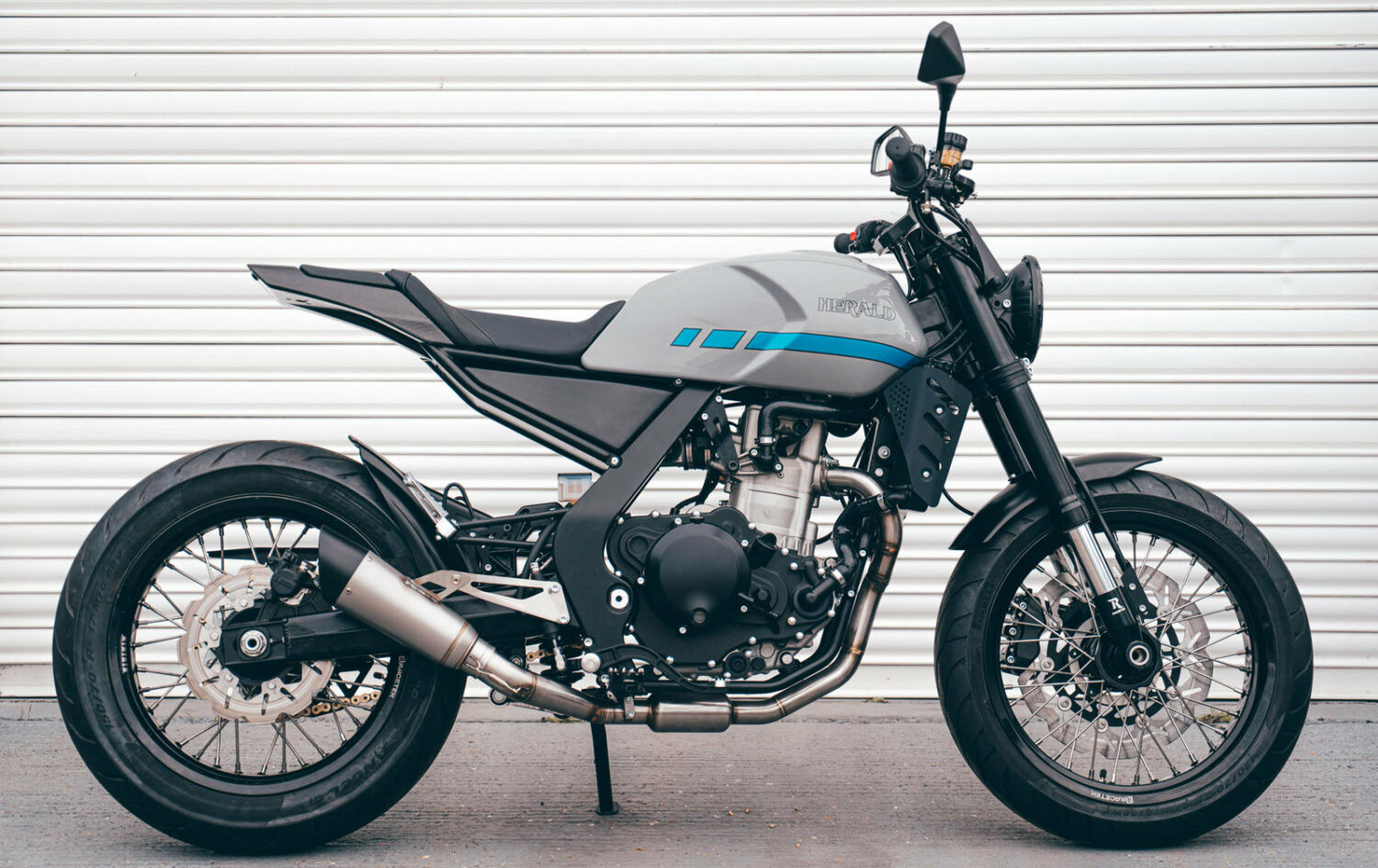 Herald Motor Co, the British motorcycle manufacturer and importer based in Cambridgeshire, showcased three new motorbikes at Motorcycle Live 2018 : the British engineered Brute 500, the Café 400 and the Brat.  The Brute 500 has been inspired by the racetrack but built for the road and is a modern take on the street tracker.

Herald entered the motorbike sector over a decade ago initially working with partners to import classically-styled motorbikes. However, its ambition was always to design and manufacture in Britain. As a division of an award-winning engineering company, Herald can design and produce parts in-house and have the facilities to develop and manufacture their own British-built motorcycles. The Brute is the first bike to be designed and built at their headquarters. Having completed the prototype, the next stage is final testing and development ready for sales in late 2019. 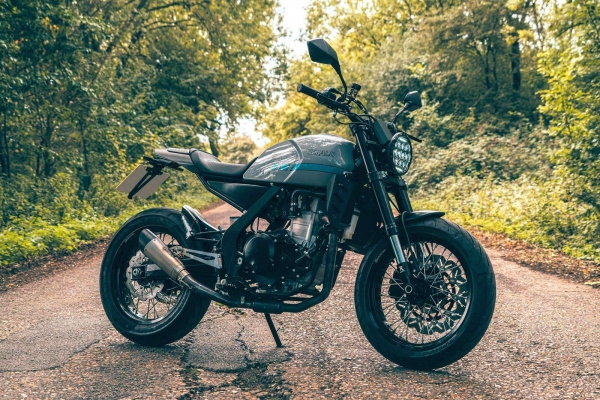 Also, available to view for the first time in the UK at Motorcycle Live, is the Brat. This bike will be available in military green, iron grey or copper and has additional features including mono-shock rear suspension and a premium stainless-steel exhaust. The Brat will be part of Herald’s 2019 range and available in 125 and 250 versions.

Plus, launching at the show is the retro Café 400. Featuring twin front discs, adjustable front and rear shocks, clip-ons and a stylish tank, its Honda-derived engine with twin exhausts drives through its 5-speed gear box.

Herald founder Mike Ashmead said: “We are incredibly proud of our expanding range of motorcycles; however, we are not a company that likes to rest on our laurels. We’ll continue to push and challenge ourselves – It’s set to be an exciting 2019 for Herald Motor Company.”

The RGI design styling reflects the company’s engineering philosophy with strong, functional forms and little if any superfluous addenda to add weight or visual complexity. 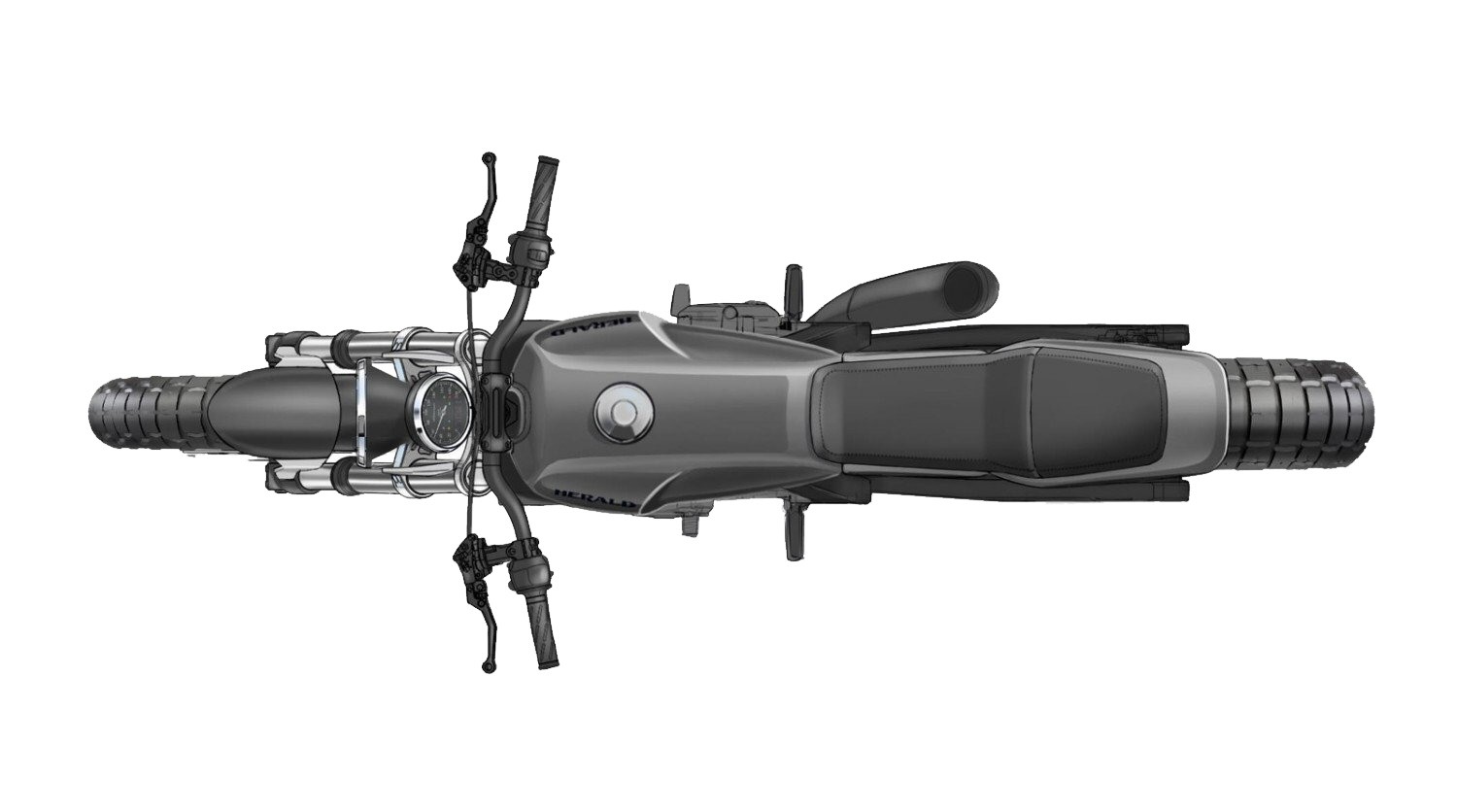 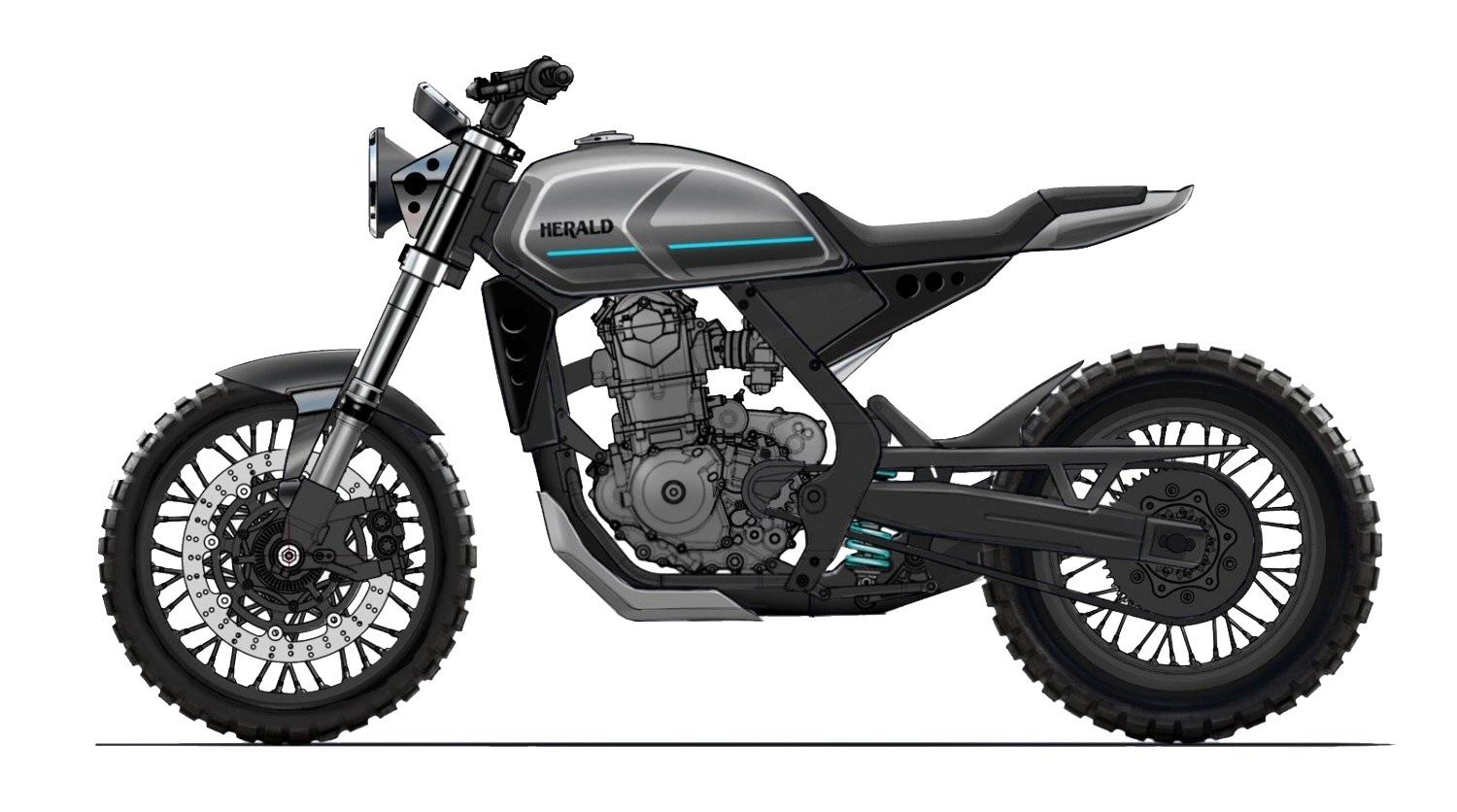